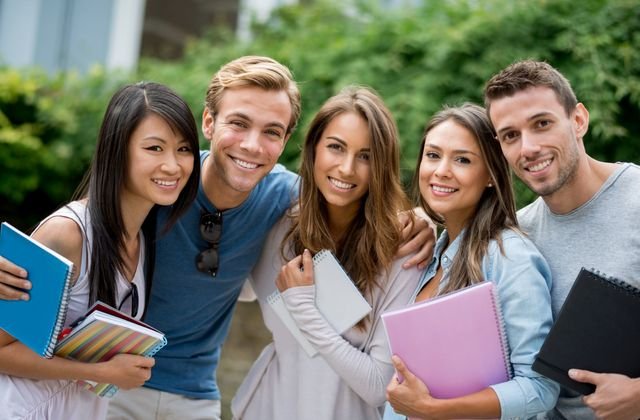 There are many factors contributing to the growing numbers of student migration. Many developing countries have an under supply of university places to satisfy demand and as a result students have no other choice but to study abroad. In addition to this it is a common expectation that studying overseas can enhance professional business opportunities.Generally, students seeking cross-border education migrate to countries with more developed education institutions than their own. For example, students in Arab countries migrate to Egypt and Jordan to pursue their studies, and many students from Bangladesh and Nepal travel to India. The flow of students from developing countries to developed countries is often due to the belief that the quality and standards of education offered in OECD countries is superior to what is offered in the country of origin.

Higher education has become a major global export commodity with developing countries capitalising on domestic shortages by recruiting foreign students. Subsequently, changes to visa and immigration policies have provided incentives for students to travel abroad and potentially offer a gateway to permanent residency within a host nation. Migration opportunities are one of the major contributions to the growth of student migration. A 2006 survey, undertaken by Australia’s Monash University, produced statistics which showed 75% of Indian students who completed university education in Australia applied for and were granted residency. The author of the research, Michiel Bass suggests that the most influential reason Indian students studied in Australia was not because of academic reputation, but the opportunity to gain permanent residency.

An important factor contributing to student migration is the desire to study in a language other than the student's first language. For example, a growth in the number of students travelling to study in the UK from Central and Eastern Europe has been partially attributed to the wish "to study in a higher education environment where communication is in English".

Other factors for the rise in student migration include lowering travel expenses and greater communication technology which has made studying abroad more accessible. 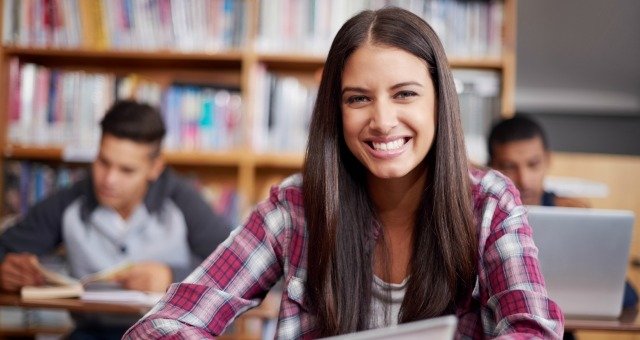 The US attracts a large number of foreigners to its workforce each year, however international graduates of US institutions do not automatically have the right to remain in the country for work purposes upon completion of their course. In fact, as part of the student application process, applicants must state that they are not planning to emigrate to the US.

Visa and immigration policies in the US are (arguably) significantly less accommodating towards international students and graduates compared to other host countries. The greatest changes to visa regulations occurred after the attacks of September 11, 2001, when the US immediately implemented tougher visa and immigration requirements. Under the Enhanced Border Security and Visas Entry Reform Act (2002) the US introduced a new overseas student tax in order to fund an advanced computer tracking system for visa applications, but also made it more difficult for applicants to transfer between visa categories.

However, recently the US Department of State has established a new internship scheme which has been specifically designed for foreign students. Since July 2007, certain international students are eligible to participate in a year-long internship per degree level for practical training as long as they can describe how the experience can enhance their education.

In 2006, as part of a larger scheme to attract highly skilled labour, the UK government made amendments to the Science and Engineering Graduate Scheme (SEGS) which enabled all international students who have completed a post-graduate degree course (Master’s of PhD starting after 1 May 2006) to remain in the UK and seek employment for up to 12 months regardless of discipline.[11] The Government has also made a special provision for internationally coveted Master of Business Administration (MBA) students, allowing graduates of 50 highly ranked business schools to apply for a three-year extension to their one-year working visa once their studies have been completed.[11] As part of the Highly Skilled Migrant Programme (HSMP), such students have been eligible to apply for permanent residence since 12 April 2005. The Government further extended opportunities for non EU/EEA students in 2007, which allows all students who have completed degree programmes in the UK the opportunity to stay in the UK for employment purposes. The International Graduates Scheme has been in operation since 1 May 2007.

However, in March 2011, the UK Government made an announcement on reforming student visa system, which is getting much stricter The major changes in student immigration policies including tougher requirements for entrance, tightening work entitlements and closing the post-study work route are aimed at ensuring the UK welcomes the best overseas students with expected contribution.

Since January 2005, Germany has issued singular permits for both residence and employment in an effort to attract international students and skilled migrants to the country and facilitate their arrival. Overseas students are also eligible to apply for an extension on their residence permit for up to one year for the purpose of seeking employment which is relevant to their field of study upon completion of their studies.

In France, international students have the right to work part-time for up to 19 hours per week whilst studying. Students must, however, have a valid residency permit and be enrolled in an institution which participates in the French social protection system. Upon completion of studies, students are able to accept offers of employment from French firms by applying for temporary employment authorization. It ought to be noted that both Germany and France belongs to the Schengen agreement.

In addition to Australia's points system, which encourages skilled migration, regulations allow all international students completing an Australian degree to remain in the country for 18 months upon graduating. Students can earn bonus points for skilled work experience and English-language proficiency in addition to those already earned for Australian qualifications, under amendments to the General Skilled Migration Programme (GSM). Previously, international students were exempt from work experience requirements when applying for general skilled migration.

Legislation introduced on September 1, 2007 requires authorities to provide 'temporary visas' to enable applicants to earn experience. These changes were made to strengthen links between study, work experience and employment to ensure migrants have the skills that Australian employers are looking for. The main rationale behind these schemes is the desire for Australia to benefit from the skills of foreign graduates.

Students no longer have the option to remain in Australia following the completion of a master's degree for the purposes of work. It is now necessary to re-apply under specific sponsorship.

International students travelling to Canada are not required to apply for a study visa unless the programmes they are enrolled in are longer than 6 months. Acquiring a study permit, does however have significant benefits to students, giving them permission to seek part-time employment on campus and since April 2006, off campus, for up to 20 hours per week whilst they are completing their studies. Under the Post-Graduation Work Permit Programmes, international graduates from Canadian higher education institutions are eligible to apply for employment of up to two years.

In 2008, 105 780 study permits applied for from outside Canada were processed, and in 22% of those cases a study permit was refused. Refusal rates varied by region, with 11% of applicants from Europe refused and 35% from Africa and the Middle East refused.

In New Zealand, international students are not required to apply for a student visa if they are studying for a course which is less than three months in duration. Under certain circumstances international students can seek part-time employment for up to 20 hours per week whilst studying (full-time) in a course that at least 6 months in duration. In July 2007, amendments were made to the Skilled Migrant Category which gives students the opportunity to earn bonus points for recognized New Zealand higher education qualifications or for two years of full-time study in the country. In addition, the number of years to require points for work experience in New Zealand will be reduced and international students may be eligible to apply for a work visa for up to two year upon completion of their studies in the country.

Issues that can arise with student migration.

The loss of students from sending countries can have a rather detrimental impact on the economy by depleting already scarce resources.Brain drain is the large scale loss of individuals with technical skills or knowledge.

Differences in learning cultures is an issue in student migration. This means that the students can have difficulty if the teaching, learning and assessment methods are very different from those in their previous education. For example, some European students studying in Britain have been noted as having little experience of a number of tasks typically expected of British students while many are familiar "with only traditional forms of assessment such as examinations".